Here’s a young mother who requires a kidney donor urgently. Can anyone volunteer after reading her story?

“You are a brave woman” – This is the compliment which I receive from my acquaintances. And of course I cannot blame them. I do deserve such accolades and appreciations, but it isn’t easy to be brave, not like Devangi, a 12 year old who is my 12 year old daughter’s friend. I should know – but I’ll come to that later. Because it is important for you to read Devangi’s story first.

A couple of months ago, I had written about Devangi’s mother undergoing dialysis due to acute kidney failure. Everything started from there.

I developed a liking for the young mother and would visit her very often. My daughter Riya and Devangi are classmates but I should not lie – I frequented their place to gather courage myself. I dragged my daughter along with me each time I visited them, and would always utter a silent prayer asking God to render that courage in my daughter as well.

I always thought Riya can get some life lessons from Devangi and her mother. It was Devangi upon whose insistence I even allowed my daughter to go for a school excursion. I was unsure how my daughter would manage, but was awestruck to see Devangi doing all the chores alone right from packing till the end of the seven day tour.

I had gone to the school late in the night to pick her up after they had returned from the trip, and was delighted to see a gleeful Devangi chatting nonstop with my Riya.

“How is your mother” I had asked Devangi. “Aunty all is well with her” the little girl had replied.

Devangi had her own personal cell phone. It was through her phone that I would communicate with my daughter during the excursion, but here I felt a twinge of pride that my daughter never insisted on getting a mobile phone for herself. The parents are spoiling Devangi, I thought – at this tender age the girl knew to use WhatsApp, and would often buzz on my phone for notes and homework from Riya.

It was during the Christmas vacation Devangi insisted Riya and her other friends Shriya and Pooja to visit their teacher’s home for Christmas celebrations. They had planned the entire day together and though Devangi offered to pick Riya from my place I decided to drop Riya myself to her place and in process would love to have a chat with Devangi’s mother.

The woman on dialysis

The girls left for their teacher’s place and returned after two hours. While they were away, I sat and conversed with the mother.

She had just returned from her dialysis and she strained each time she spoke. She even said that she hadn’t slept for two consecutive nights as she had a nagging pain in her stomach. She had thrown up thrice, and rang her doctor up who had suggested some medicines for relief.

Her husband being out of station it was that little Devangi who took care of the mother! Of course, they had a house maid who handled cooking, cleaning etc but she would stay only during the day time. At night it was the mother and daughter who took care of each other.

I had just been back from my doctor’s clinic after a routine check up on my blood pressure. Dear me, I have a problem of BP, I remember complaining to Devangi’s mother of my complications. And she graciously listened to me while she had a bigger problem of her own!

All of a sudden Devangi’s mother started bleeding and I could hear her soft moans which normally happen to a badly ailing individual. Devangi rushed to her mother’s rescue and I managed to tie a bandage to stem the bleeding on their direction. Things were brought under control, we sat for some more time, and then I left with Riya and the other two children. Later in the night I spoke to Devangi who confirmed her mother was sleeping.

3rd January had been Riya’s birthday and she had just turned twelve. She had purchased a tiny key chain for Devangi as a return gift which she could not give at the school, as gifts were prohibited.

It was Sunday (5th Jan) when I reached Devangi’s place along with Riya. The child was alone at home. When I enquired about her mother she said that her mother had been admitted to Jaslok hospital, Mumbai, that morning. She also said that her father wouldn’t come home as the hospital required an attendant to accompany the patient.

Not only did the child serve snacks to me and Riya, she also conducted the evening aarti. The mobile phone (for which I had blamed her parents) was the only means of communication between Devangi and her parents who were at the hospital.

The cook had prepared some dinner for her and the girl would be eating alone. “I am used to it Auntie,” Devangi assured me. I wanted to bring her to my place as she was alone, but she insisted she stay at home as someone was needed to take care of the house. Mind you she is only twelve and would be staying all alone in the night. I could feel a lump grow in my throat and also couldn’t stop my tears from streaming down my cheeks. “Don’t cry auntie, the whole night I will speak with my daddy on phone and I won’t get scared,” the girl assured me!

We left around 10.30PM and that’s when I decided I will not allow my daughter to grow up a nervous wreck like me – Devangi, at 12, was much braver than I have been as an adult.

That night even I couldn’t sleep. I checked on Devangi several times in the night, and I thanked her parents for gifting her a cell phone which was a necessity for her.

It isn’t easy to be brave

I have handled hospitalization of my parents umpteen times, and three surgeries of mine. I had managed everything ALONE.

The very first hospitalization I handled was when I was seven months pregnant. It was my father. Yes, our entire family had to work tooth and nail including the doctors to bring back my father from the jaws of inevitable death. And then the saga had continued thereafter. Being the only daughter to my parents it was I who had to deal with the hospital admissions, coordinate with the hospital staff, and arrange for a sister/brother who would stay with my parents in the hospital while they were admitted and blah blah blah.

Yes you heard me right. During all the hospitalizations of my parents I had always arranged a sister or a brother to stay with them for twenty four hours and me… oh, I was a damn busy person. I was handling work, household, my daughter, and finances. So I had to be at home every night irrespective of the fact that my parents were battling for life in the hospital ICU. Does that make sense? Am I able to justify my stand now? Now come on, why does this feeling of nervousness engulf me whenever I think of those days?

My father is now an octogenarian but he has assured me that I need not worry about him as come whatever may, he will not get admitted to a hospital anymore. My father is completely bedridden and it’s only his mental grit with which he is pulling on the last few days of his life. And my mother had relieved me long back, passing away in 2011. The kidneys and the heart – both had failed her.

Did I mention that during all these episodes I myself went through episodes of depression and panic attacks? Let me say this in better words, I was always scared. I dreaded hospitals and the battery of tests each time the doctors conducted them. I always thought I was the only one in this whole wide world who had to face these ordeals time and again.

And look at Devangi, and her mother who urgently needs a kidney donor.

Yesterday I visited Devangi’s parents at Jaslok hospital. They were not sure when they would get discharged from the hospital, and for all those days the father would be stationed at the hospital and the child will be at home managing her things alone.

Everyone who is reading this – Devangi’s parents are looking out for a kidney donor and therefore asked me to click the mother’s photograph and write on her, spread the word so that she can get a donor, which I have tweeted.

#URGENT #KidneyDonor required.
Mother of 3 little children is in deep need of a donor. Both the kidneys are damaged and patient is undergoing dialysis.
Kindly spread the word. Your tweet can help save a young mothers’ life. 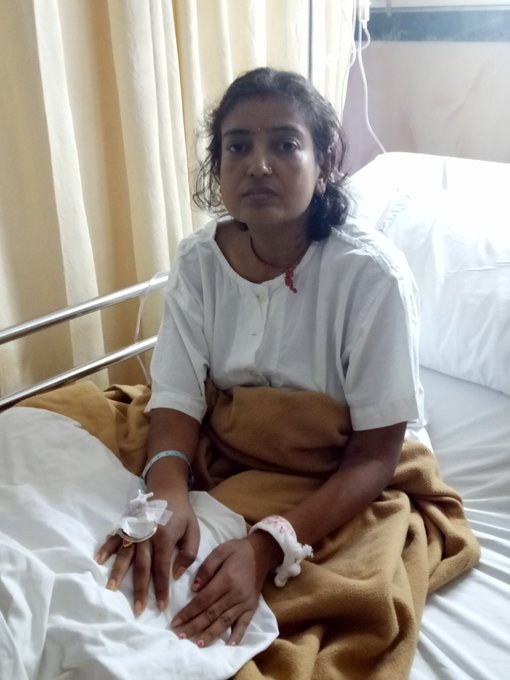 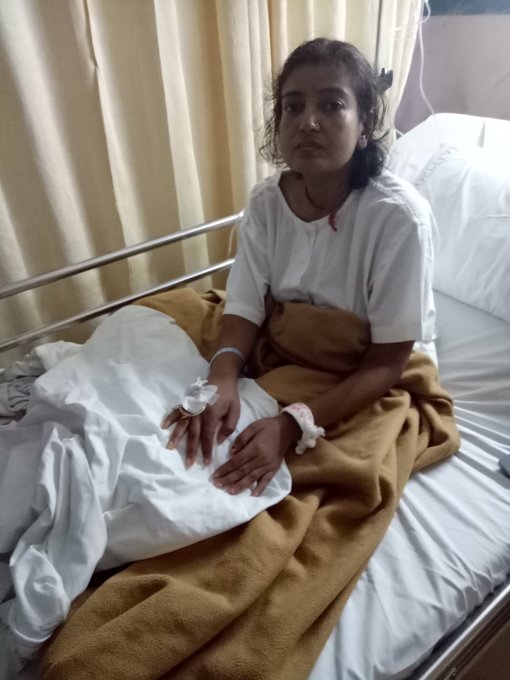 Readers, do share the message widely. If lucky the mother can go for a transplant and evade the painful process of lifelong dialysis. Save a life!
The piece first appeared on Women’s Web.

Bio:
Rimli Bhattacharya completed Mechanical Engineering from National Institute of Technology. After obtaining an MBA, she worked in the corporate sector. Rimli is a trained Indian classical dancer, based out of Mumbai, India. She tweets at: @rimli76