The United Nations High Commissioner on Human Rights (UNHCHR) has issued its “Report on the Situation of Human Rights in Kashmir.” It is a significant step towards greater international recognition of the serious abuses committed against Kashmiris at the hands of state. The report mentioned specific incidents, where the very principles of human decency and basic Human Rights of people of Kashmir are violated by the state. The UN High Commissioner for Human Rights, Zeid Ra’ad Al Hussein, said, “It is a conflict that has robbed millions of their basic human rights, and continues to this day to inflict untold suffering.” The report implies that the international community must respect the right of self-determination for people of Jammu and Kashmir, as per the international law. Members of the UN Human Rights Council will decide on the future course of action on the human rights chief’s call for a high-level independent international probe into allegations of human rights violations in Kashmir and PaK, a spokesperson for UN Chief, Antonio Guterres, said.

Highlights of Report on the Situation of Human Rights in Kashmir: Developments in the Indian State of Jammu and Kashmir from June 2016 to April 2018. 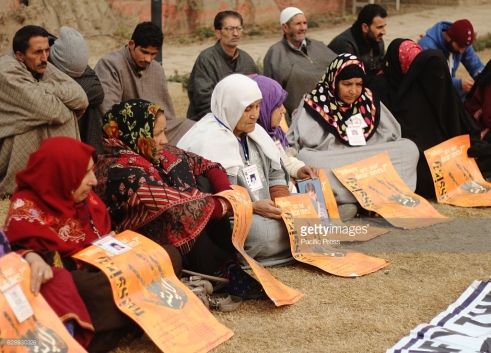 OHCHR recommended to the Human Rights Council to consider the findings of this report, including the possible establishment of a commission of inquiry, to conduct a comprehensive independent international investigation into allegations of human rights violations in Kashmir. And recommended to the authorities in India to:

(b) Urgently repeal the Armed Forces (Jammu and Kashmir) Special Powers Act, 1990; and, in the meantime, immediately remove the requirement for prior central government permission to prosecute security forces personnel accused of human rights violations in civilian courts;

(c) Establish independent, impartial, and credible investigations to probe all civilian killings which have occurred since July 2016, as well as obstruction of medical services during the 2016 unrest, arson attacks against schools, and incidents of excessive use of force by security forces including serious injuries caused by the use of the pellet-firing shotguns;

(d) Investigate all deaths that have occurred in the context of security operations in Jammu and Kashmir, following the guidelines laid down by the Supreme Court of India;

(e) Investigate all cases of abuses committed by armed groups in Jammu and Kashmir, including the killings of minority Kashmiri Hindus since the late 1980s;

(f) Provide reparations and rehabilitation to all individuals injured and the family of those killed in the context of security operations;

(g) Investigate and prosecute all cases of sexual violence allegedly perpetrated by state and non-state actors, and provide reparations to victims;

(i) Amend the Jammu and Kashmir Public Safety Act, 1978 to ensure its compliance with international human rights law;

(j) Release or, if appropriate, charge under applicable criminal offences all those held under administrative detention and ensure the full respect of standards of due process and fair trial guaranteed under International law;

(k) Treat any person below the age of 18 who is arrested in a manner consistent with the Convention on the Rights of the Child;

(l) Investigate all blanket bans or restrictions on access to the Internet and mobile telephone networks that were imposed in 2016, and ensure that such restrictions are not imposed in the future;

(m) End restrictions on the movement of journalists and arbitrary bans of the publication of newspapers in Jammu and Kashmir;

(n) Ensure independent, impartial and credible investigations into all unmarked graves in the state of Jammu and Kashmir as directed by the State Human Rights Commission; if necessary, seek assistance from the Government of India and /or the international community. Expand the competence of the Jammu and Kashmir State Human Rights Commission to investigate all human rights violations and abuses in the state, including those allegedly committed by central security forces;

(o) Ratify the International Convention for the Protection of all Persons from Enforced Disappearance, the Convention against Torture and Other Cruel, Inhuman or Degrading Treatment or Punishment and its Optional Protocol, and introduce enabling domestic laws as recommended during India’s UPR in 2008, 2012, and 2017;

(p) In line with its standing invitation to the Special Procedures, accept the invitation requests of the almost 20 mandates that have made such requests; in particular, accept the request of the Working Group on Enforced or Involuntary Disappearances and facilitate its visit to India, including to Jammu and Kashmir;

(q) Fully respect the right of self-determination of the people of Kashmir as protected under international law. 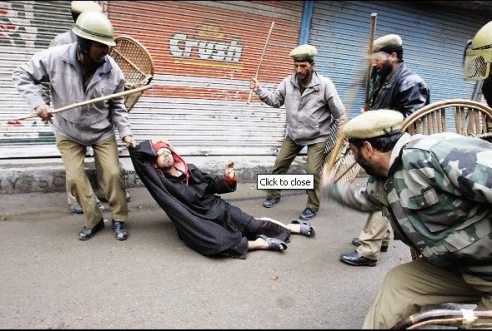 Within hours of the report’s release, India dismissed it as “fallacious, tendentious and motivated.” India’s rejection of the report must be seen as not only a rejection of the UN report, but a dismissal of all the documentation of human rights abuses by Indian and international watchdogs.

Meenakshi Ganguly (South Asia Director Human Rights Watch), while reacting to the Report, said, India should welcome the UN report, and commit to act on its findings, including providing access to the UN human rights office. “As a first step, it should seek a repeal of the draconian Armed Forces Special Powers Act, as has been recommended by several international and Indian experts. It should order an investigation into alleged violations by the security forces and prosecute those found responsible, instead of rewarding abusive soldiers. Addressing grievances is what responsible governments are supposed to do. They don’t deny and blame the messenger. And they certainly don’t accuse the UN high commissioner for human rights of prejudice,” she said.

As per past experiences, the immediate dismissal of the report shows that a dark future awaits Kashmiris, several of whom have hoped that international organisations like the UN would take more notice of their state of affairs and pressurise Delhi to change its policies in Kashmir.

Now with dissolution of the PDP-BJP alliance, governor’s rule has been imposed in Jammu and Kashmir. One fears that in light of the report, India may retort with an even more hard-line approach to crush dissent.

Where India had reacted sharply to the UN report, at the same time Pakistan accepted the report and officially announced that it was ready to facilitate the Commission of Inquiry as proposed in a recent UN report to Pakistan-administered Kashmir if India gives a similar access to the UN team to Jammu and Kashmir.

For too long, Kashmiris have been sandwiched between this tit-for-tat approach. The United Nations report will help in mobilizing policymakers of the member states of the UN Human Rights Council to do everything in their constitutional power to stop the killings in Kashmir.

There remains an urgent need to address past and ongoing human rights violations and to deliver justice for all people in Kashmir who have been suffering seven decades of conflict. Any resolution to the political situation in Kashmir should entail a commitment to ending the cycles of violence and accountability for past and current human rights violations and abuses committed by all parties and redress for victims. Such a resolution can only be brought about by meaningful dialogue that includes the people of Kashmir.

Bio:
Syed Mujtaba Hussain is a human rights defender and can be reached at chairkpri@gmail.com

One Response to “The UN Report on Kashmir”