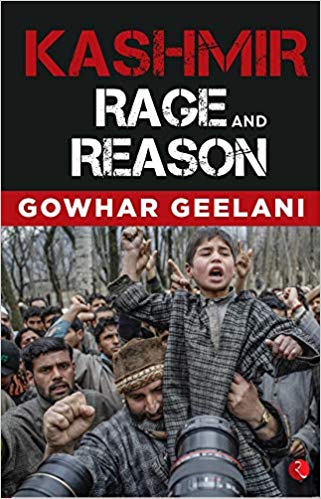 Kashmir is glorified the world over as a paradise on earth, second to Switzerland in terms of scenic beauty, serene valleys, calm and fresh waters and colourful flora and fauna. But beyond the gaze of this whole matrix lies a narrative of pain, suffering, broken promises and what not. Caught in the whirlpool of hypersensitive political environs, Kashmir imbroglio refuses to dies down and assumes multiple forms of uncertainty and chaos with the passage of time. The abrogation of Article 370 is the latest episode in this sordid saga.

Time is witness to the fact that a lot of theories have been put forth by the political pundits within and outside the valley, but those theories go astray and turn rudimentary within the framework of time. Like elsewhere, writings on Kashmir imbroglio were nascent and miniscule till Basharat Peer’s Curfewed Night caught the attention of the readers worldwide regarding the Kashmir problem and gave impetus to fresh narratives and perspectives.

Gowhar Geelani’s Kashmir: Rage and Reason is a fresh narrative on Kashmir which was recently released by Rupa Publications, New Delhi. The book offers insights into a number of themes: Kashmiri nationalism, resistance of the new age and rebellion after the demise of militant commander Burhan Muzaffar Wani in July, 2016. The book is divided into ten chapters, each narrating a different theme lucidly.

The first chapter of the book narrates the killing of rebel commander Burhan Wani on 8 July, 2016. Wani had become a phenomenon because of the glamour over his militant affiliation. The author narrates his travel to the place of Wani’s birth in South Kashmir, Tral, where men and women, children and Sikhs could be seen at his funeral prayers. He used social media to further his cause. Militancy got revived after his departure. In chapter two of the book, “Why Tral Bleeds Green”, the author narrates a series of events where he found veneration for militants.

The third chapter provides a perspective regarding Kashmir’s struggle, whether vying for homeland or caliphate. The author argues that the struggle of Kashmiris for political and economic rights, justice and dignity predates the birth of India and Pakistan. According to Geelani, it is important to contextualise and historicize the struggle of Kashmiris for independence which can be traced to the 16th century when it was taken over by the Mughals. The author writes that Kashmiri pandits were driven out of the valley by governor Jagmohan and those who are living back in valley live as brothers and sisters.

In chapter 4, “A Nationalism of Multiple Identities”, the author argues that multiple identities have played a role in rallying public opinion in J&K. The first mobilisation of masses was against Dogra rule in 1931.There was rigging in 1987 elections to thwart the rise of MUF (Muslim United Front), which caused eruption of militancy subsequently in Kashmir. In chapter 5, “Violence to Non-Violence: A Lost Opportunity?”, Geelani argues that violence that ravages the state emanates from New Delhi, whose witness is the current generation. Majority in Kashmir is involved in a battle for their unique identity and existence. Preaching peace to Kashmiris in the current atmosphere hurts them as an invective.

In chapter 6, “A New Language of Resistance”, the author narrates about the development of intellectual and narrative resistance in Kashmir, where the main contention is resilience through creative defiant forms. Words are weapons, so is memory. Chapter 7 “Hell in Paradise” narrates the author’s observation of crackdowns, civilian killings, torture and exodus of Kashmiri Hindu pandits. He vies for the recreation of communal bond among Kashmiri Muslims and Pandits.

In Chapter 8, the author says that truth in Kashmir is overlaid with competing narratives and hermeneutics. Working as journalist is a tough job. The Indian journalists, barring a few, have lost their credibility in Kashmir. Indian media covers one sided stories and masses of the mainland India have been misguided about the whole situation. In Chapter 9, the author says that the world is yet to take cognizance of the Kashmir conflict. Religion, nationalism and cultural and other identities are key to understand the Kashmir imbroglio. For the peace and prosperity of the region, peaceful negotiation is the sine qua non for its resolution.

The last chapter of the book, “A Leadership Crisis”, narrates that pro-Delhi politics indulges in doublespeak in Kashmir. The pro-India politics has severely eroded its credibility in Kashmir. The author ascribes the factor to the lack of political will and statesmanship in New Delhi, Islamabad and Srinagar, contributing to the current problem. Overall, statesmanship is the last resort of the author for the crisis resolution in Kashmir.

Overall, the book offers an articulate view and a passion to understand the uncertainty in politics in Kashmir in the current global geopolitical context and the conflict as a whole. The book is a must read for all.

Bio:
Abid Ahmad Shah is a columnist and author from Anantnag, Kashmir.