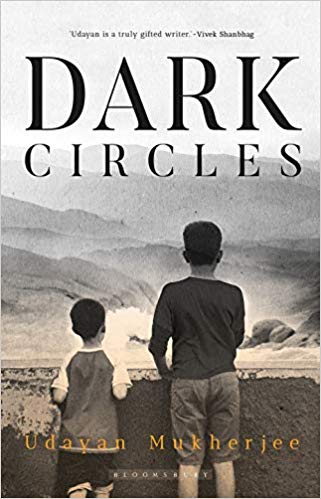 Udayan Mukherjee’s novel Dark Circles has an uncanny resemblance to Tolstoy’s Anna Karenina as it dissects the idea of a mother who is no longer the silent sufferer under patriarchy but an independent married woman, a University professor, who puts her family life at stake, spilling blood and thorns as she forays into an illicit affair with her brother-in-law. The novel also projects a general post-colonial situation where decolonisation of culture, outlook and modes of reflection can be found controlling the narrative. The Vedic ideal of Aryan womanhood such as a celebration of domesticity, submission to the father, the husband and the sons in the different stages of life have been deconstructed and questioned audaciously. Orientalists like William Jones and Indologists like Clarisse Bader had idealized this ascetic endurance of the ancient Indian women as against their later fall into sensuousness and debauchery. And this fall from grace is effortlessly shown by Mukherjee in the novel. The readers cannot immediately accommodate themselves within the aesthetic matrix that the novel thus represents because they are still wedded to certain kinds of fiction which is traditional in tone and design and rural in vision and inspiration. Can we say that they are not responding to modern reality at all?

Udayan Mukherjee is an Indian television journalist and a former magazine editor with CNBC India. Dark Circles is his debut novel, published in 2018, and as the name suggests, the novel is a grim foreboding of a dysfunctional family, parental betrayal, infidelity, trauma and shattering revelations. The ageing patriarch and matriarch of the family, Mala and her husband Subir, preside over their large household in Delhi with their two sons Ronojoy and Sujoy, unaware that beneath the barely ruffled surface of their lives the sands are shifting. More than the poisonous relationship between Mala and Subir, destructive secrets, and the implosion of this long-held secret ultimately leads to the fracture of this family, to remain forever deformed. Mukherjee shows how fallible all his characters are, and he doesn’t empathize with them leaving only the readers to make allowances for their shortcomings and find ways to justify the unforgiving deeds committed in defiance of familial code of conduct. In terms of storytelling, Mukherjee has been successful in retaining the curiosity of his readers by making the big revelation happen at the very beginning of the novel. The successive chapters present all the characters on the threshold of a bitter knowledge, having a reluctant realization that a significant part of their life has gone awry. The elder son Ronojoy, from the very beginning, has been absorbing and comprehending every little detail, including their separation from the parents many years ago and an isolated life at the boarding school. His face always has a kind of calm comprehension mixed with wariness.

Sujoy, the younger brother, is dealing with a tumultuous marriage. He lived a scant three to four years with his wife and they had a son. The realization that he is utterly powerless to save his conjugal life is like the blow of a sledgehammer, yet for him it was curiously calming as well. The curious melancholic fascination lasts through his whole life. Dark Circles has one of the most realistic depictions of depression in recent fiction. The infidelity of their mother and the eventual suicide of their father turn the lives of the brothers into a wasteland. Mukherjee has not spun a sentimental tale for the readers but only a realistic depiction of the trials and tribulations of a modern nuclear family. The story is loaded with guilt and disloyalty and the reverberations could be felt in the lives of Ronojoy and Sujoy. The burden of their mother’s guilt is deplorable and it crushes them, pins them to the ground. Mala, who later confesses her infidelity through a letter, experiences a dazed detachment someone feels when events they ignited go far beyond any reasonable trajectory they had imagined. She feels as if she has been left behind to serve an indefinite sentence in prison, while her husband has been released from the anxieties and disgrace of the mortal world.

The mother is the central nervous system of all the woes that the family goes through. She also represents a new world of free individuals who move beyond the conventions of family ties and societal norms. The often circulated and clichéd argument that the most unfair pressure on woman is the double standard of morality by which a woman is punished for sexual transgression more harshly than man, is negated by Mukherjee through the novel. While their mother retreats into an ashram, unable to cope up with the suicide of her husband, the sons are tragically doomed under the deadening weight of their mother’s infidelity.

There is no compromise and reconciliation which lead the two sons to a hellhole, eventually. In the very first chapter of the novel there is a presentiment of something coiled and dangerous, something that could only end in terrible things. The elder son is like a plaintive child in the middle of a long protest, having just bruised himself against the essential, indurate unfairness of the world. The book ends with Ronojoy still trapped in the dark, unending vicious legacy left behind by his parents. Udayan Mukherjee effectively tackles the issues of the decadence of modern family, the transgressions of established norms of decency and propriety, remapping of the idea of a family.